I recently skimmed through parts of Trond Berg Eriksen´s Machiavelli biography (Machiavelli Reven i hønsegården (transl. Machiavelli The Fox in the Henyard), when I stopped by a description of Machiavelli’s use of Livy in Discorsi:

“There is little system in Machiavelli’s political thought in Discorsi. The trick of the book consists of using a study of history as a source of political experience. Because the game in all essence is still the same now as then, one can collect experience in its original meaning both by studying what is happening, and reading books about what happened long ago.

This is how Machiavelli himself sees things, but in many instances, the Roman histories and figures become mere exemplifications of his political convictions. Livy becomes more or less a screen for Machiavelli to project his ideas onto Machiavelli gives authority to his thoughts by evoking Livy in support of them.” (my (poor) translation)

I then suddenly thought – could this be the way I am using Gramsci in this Gramsci blog? Most of what is written here are short blog posts, and not extensive and thorough academic and scientific studies. Mostly provoked by my reading of something by or about Gramsci, and making some sort of connection to one or another phenomenon. The danger of writing in this manner, an essayistic, less stringent, more free-flowing manner, is of course that you lay the path open for all your different subconscious biases to run amok.

Then again – what is the harm, if you do not present it as more than it is – a series of thoughts and connected ideas, inspired by some Gramsciana. Perhaps is it also this more chaotic and organic way of thinking that can be creative and formulate interesting hypotheses that can subsequently be put to a more rigorous scientific testing? Plus it’s fun.

This again reminds me of a current debate about “the essay” within what could perhaps (with some kindness) be labelled a Norwegian cultural elite. The essay represents a looser form of communication than a structured scientific article, and thus in many ways resembles a blog post, like this one. It can thus be used to form interesting hypothesis, but in no way can it be used to make any definite conclusions. I have a suspicion that the understanding of the rigor necessary to draw more or less definite conclusions often is not that well understood, by neither the essayists nor the readers of essays.

This brings me to another subject, related to the essay. The past years, I have a definite all though subjective impression that more “journalistic” books, often written by journalists, but not always, having the form of long in-depth newspaper articles, with interviews as a prominent form of narration, have taken up a larger part of the non-fiction bookshelves. This undoubtedly makes greater room for the qualitative method of research than the quantitative method. This would not have been a problem per se, but in public discourse, there is a large tendency of using qualitative results to draw quantitative conclusions. For a natural scientist like me, this seems perhaps even more absurd and incomprehensible than for a social scientist. Qualitative examinations can give reason to form quantitative hypothesis, but not to draw conclusions. They can give a more in-depth look into the ideas of certain types of people, but they can never say whether these people or thoughts in any way are representative.

Two recent books of this kind released in Norway have gained much attention, but academic criticism. One is TV-reporter Mah-Rukh Ali who in a book about IS/ISIS/ISIL/Daesh claims IS are planting people in Europe among Syrian refugees. The other is a book by Halvor Fosli describing “white flight” from an urban area around Oslo – Groruddalen.

Both books have a journalistic form, and although interviews and journalistic methods may give interesting in-depth looks into the situations and thoughts of certain people, they cannot tell us anything about the representativity of said objects.

In public debate however (and partially also in the books), this is exactly how they are being used. This naturally is deeply flawed. Academics point out that IS-claims of planting terrorists among refugees are a part of their propaganda, and should be taken as such (and thus not spread uncritically). Similarly, what might look like “white flight” is not primarily rooted in culture or ethnicity, but in social class, and available research does not support Fosli’s claims of widespread fear of immigrants. 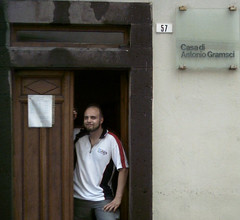